Pipistrel would like to thank U.S. Special Forces and their contractor for choosing our Surveyor special platforms for long-endurance surveillance missions.

After a time of secret  activities, SOCOM (U.S. Special Operations Command) has confirmed to Aviation Week 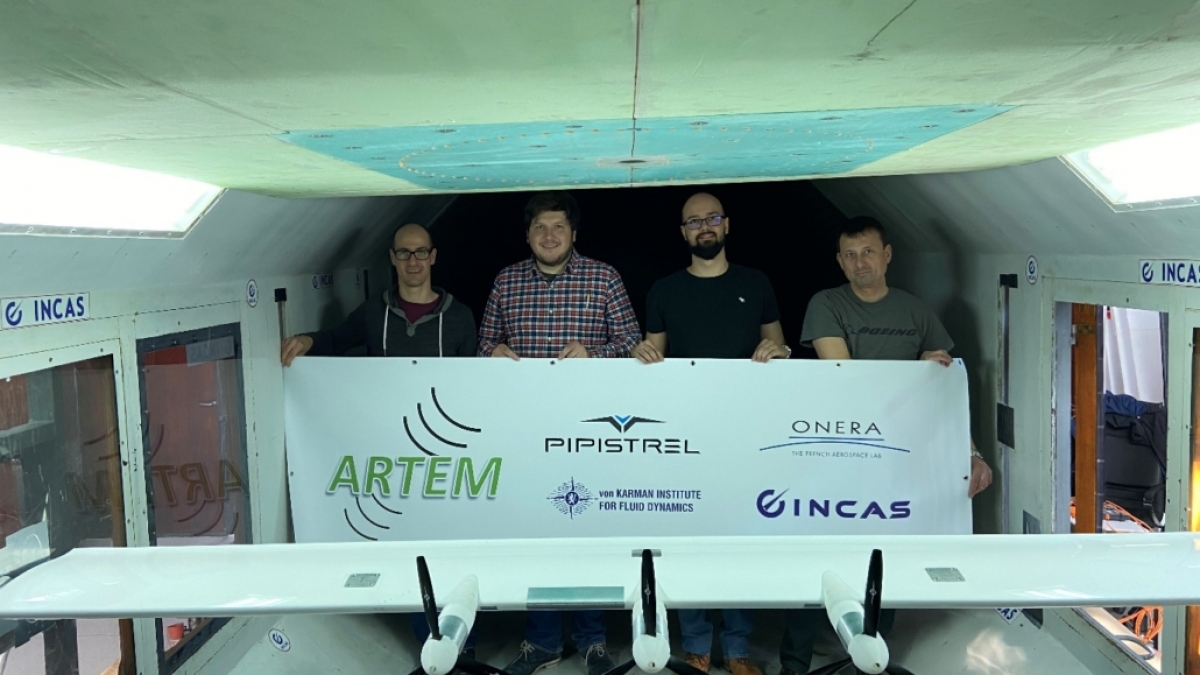 Project description: We are a project partner in the ARTEM project (Aircraft noise Reduction Technologies and related Environmental iMpact) that aims at the maturing of promising novel concepts and methods which are directly coupled to new low noise and disruptive 2035 and 2050 aircraft configurations.

The project has received funding from the European Union’s Horizon 2020 research and innovation programme under grant agreement No 769350.

Figure 1: The members of PVS in the INCAS wind tunnel.

Firstly, PVS worked on the general definition of the DEP mock-up, defining all necessary functional requirements for the experiment. The conceptual and preliminary design phases followed with the selected concept having a modular design allowing for spanwise, chordwise and vertical positioning of the propellers in both configurations. An aerofoil profile, especially suited for DEP systems, was carefully designed. During the preliminary and detailed design phases a thorough numerical assessment of the DEP wing and subsystems was done using RANS/URANS CFD.

Figure 3: An example of a CFD simulation for a tractor configuration. Velocity vectors passing the three propellers are depicted.

In the detailed design phase, PVS finished the geometry and dimensioned the structure to withstand the loads imposed in the wind tunnel with minimal deflections. The wing shell and main spar were dimensioned to have less than 2 mm deflection on a 2500 mm span in the nominal 30m/s loading condition at maximum AoA. The structure was also tested numerically with FEM, which predicts a factor of safety of 30 in the nominal design case.

Once the design was frozen, PVS finished the complete technical documentation for the moulds, integral wing parts and modules. The model wing was produced to the highest production standards using modern manufacturing technologies. Innovative production solutions were developed when facing very limited space within a 300 mm chord and merely 50 mm maximum thickness of the cross section. As an example, 32 0,5 mm diameter pressure orifices surround the wing upper and lower shell from the leading to the trailing edge. The mock-up seamlessly combines composite, aluminium and 3D printed parts in order to ensure quality and technical excellence while retaining a competitive price.

Finally, PVS operated the mock-up during the wind tunnel tests at INCAS to speeds up to 50 m/s. Both configurations were successfully tested at INCAS wind tunnel in order to identify the noise sources and their relative weights between the wing and propeller regions, and between the tonal and broadband contributions. Experimental data will be at great help to the task partners to analyze parametric sensibilities of the noise in order to identify parameters of interest for acoustic reuction.

DEP type of propulsion became feasible with the introduction of state-of-the-art electric motors and offers numerous potential noise reduction configurations. It offers more degrees of freedom during the integration of a propulsion system on an aircraft. This is why PVS is heavily invested in facilitating research of such topics through implementing our broad spectre of knowledge and experience to bring ideas to life in a very fast cycle.

Most favourable configuration with respect to the acoustic and aerodynamic performance will be selected by PVS at the end of the project, and full recommendations for designing the state-of-the-art DEP system will be provided. 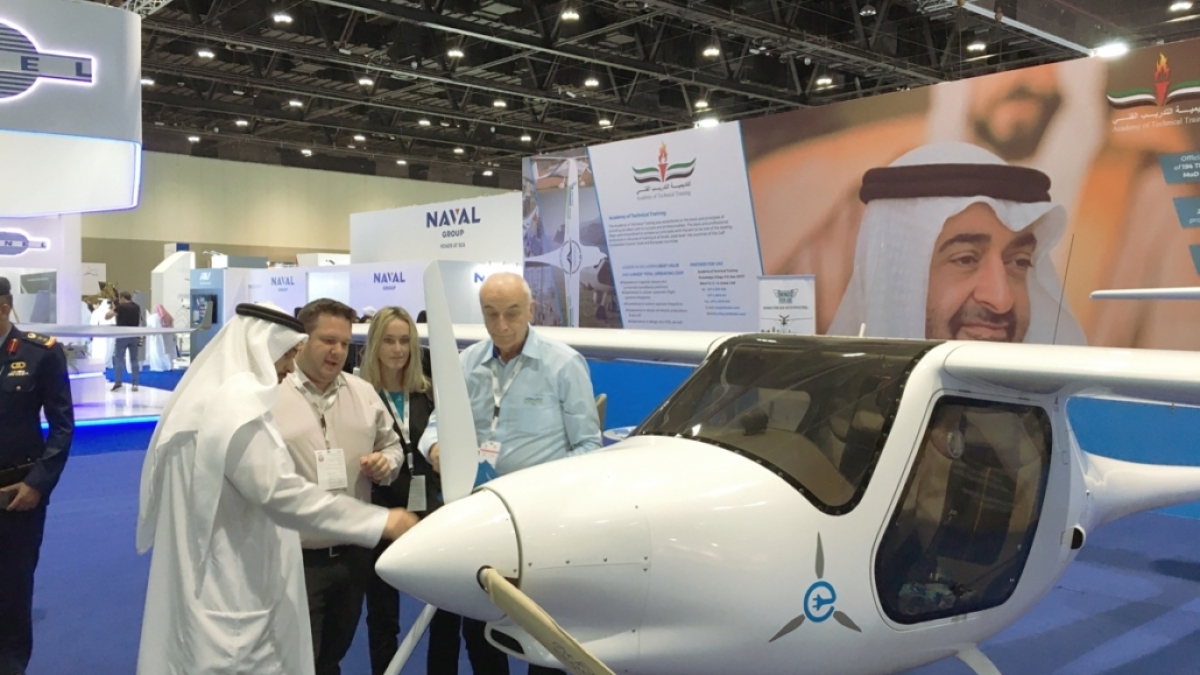 Last week (22-26 Feb) Pipistrel participated for the first time at the UMEX in Abu Dhabi. 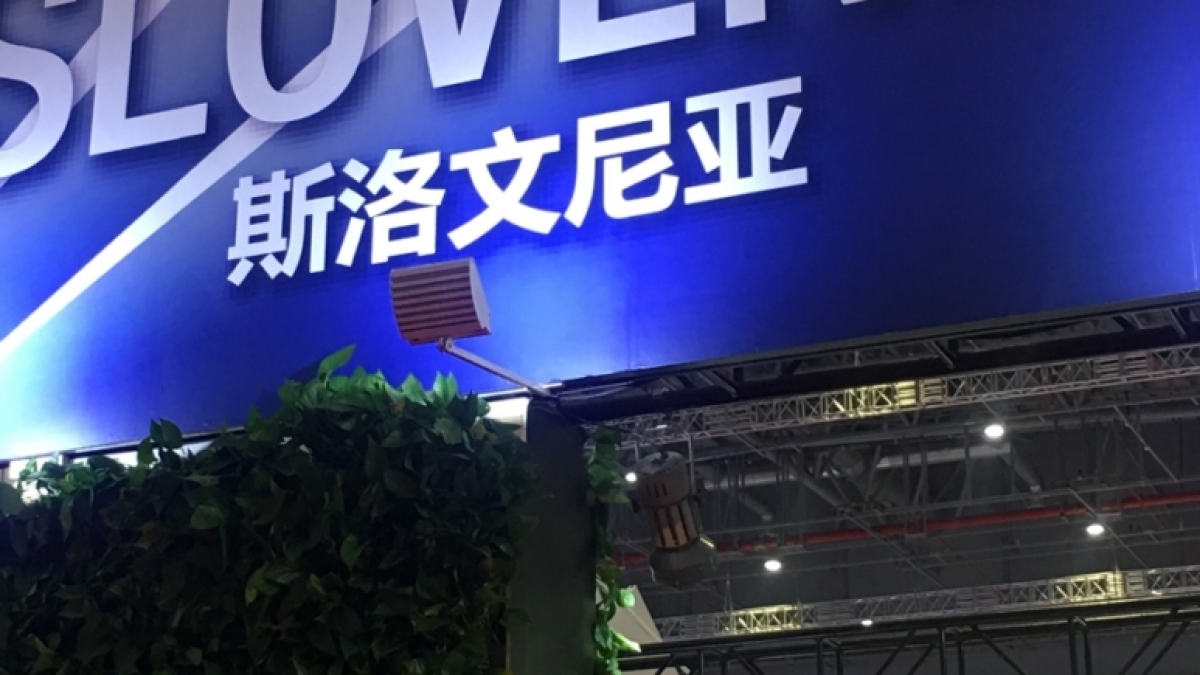 In Shanghai, the biggest global fair for Chinese importers is being held these days, the CIIE: https://www.ciie.org/zbh/en/
This is also the largest political-trade-economic event in the world. The fair is represented by companies from different industries as well as by the countries themselves, which emphasize their competitive advantages and their products which may be interesting for the Chinese market. 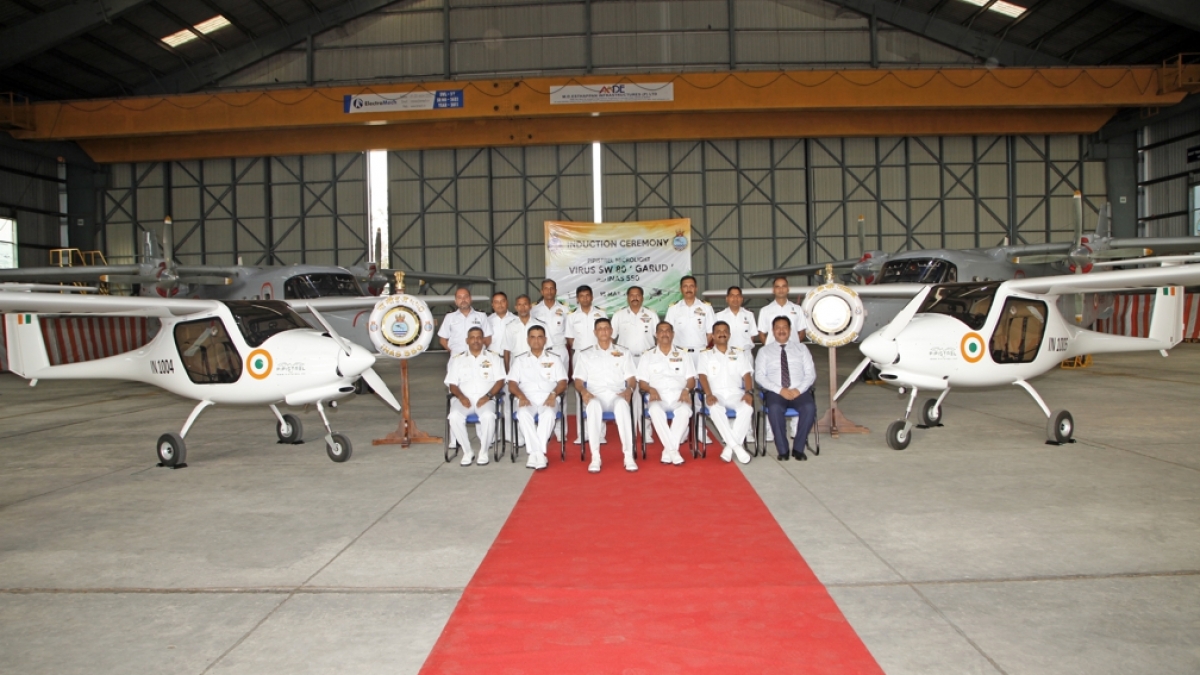 Pipistrel is happy and honoured to announce that all the 194 aircraft for Indian Ministry of Defence have been successfully delivered. 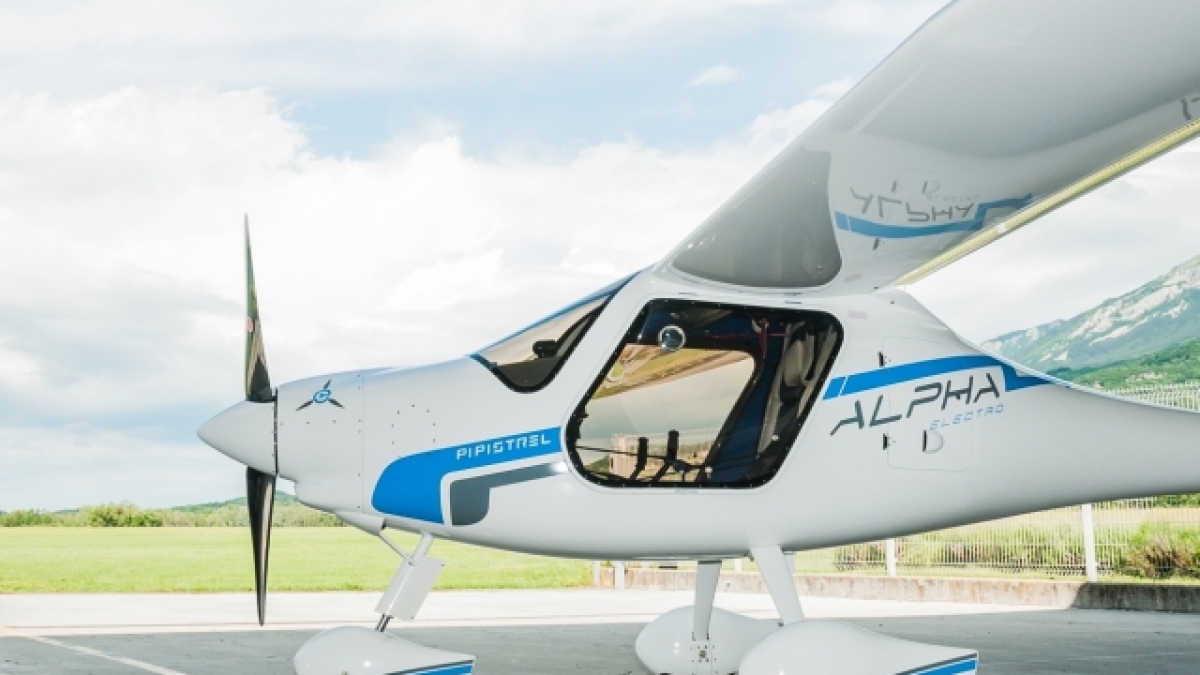 Last weekend an Alpha Electro visited Innovation Expo Rotterdam and thus became the first electric aircraft which landed at Rotterdam-Hague airport. It gathered a lot of attention at the Expo and everyone was curious about its arrival. 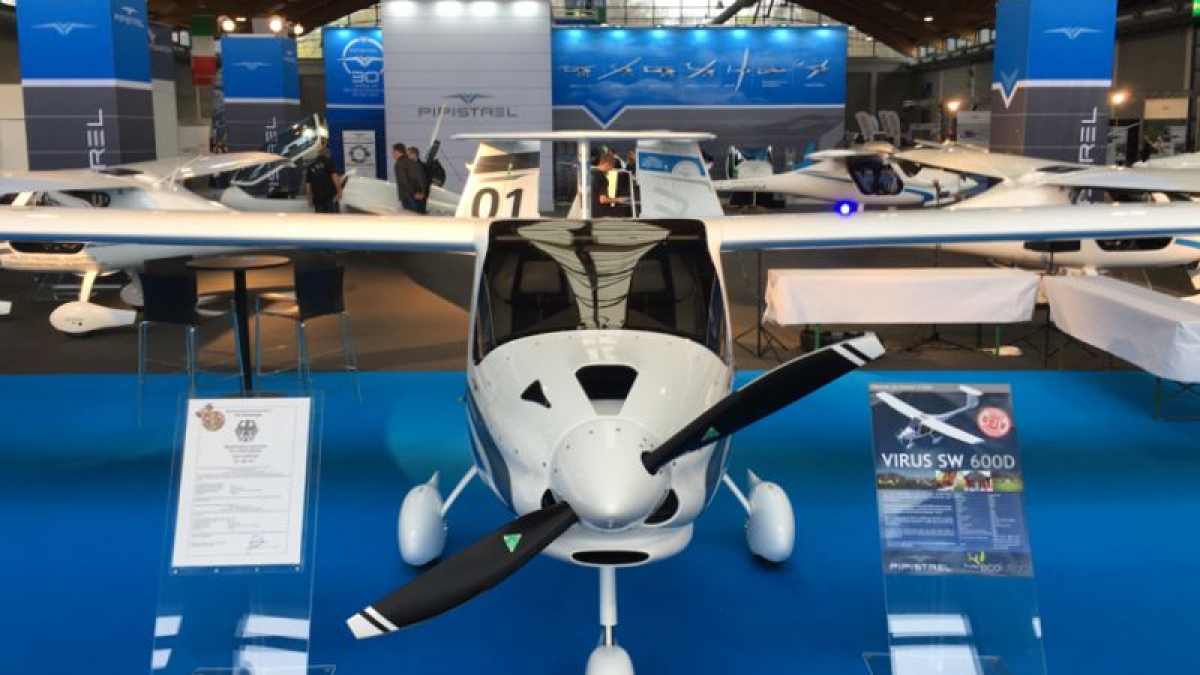 On the premise of EASA new basic regulation, permitting for MTOM of 600kg for microlights in Europe, Germany was the first country to implement the new regulation. As a testament to excellent collaboration between DULV and Pipistrel since decades, Pipistrel became the first to obtain new microlight certification according to new German 600kg technical LTFUL 2018 rules. 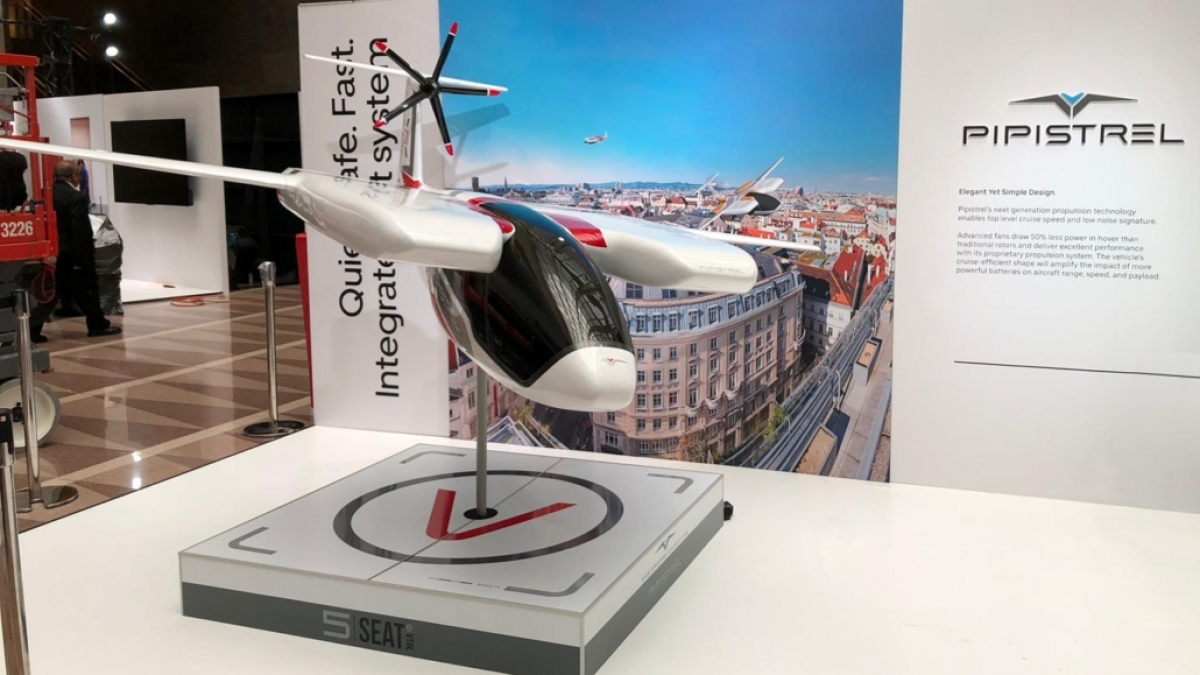